It was raining when I arrived at Orphans of the Storm® this week, but that wasn’t going to slow down any of these pooches!

Creek the one-year-old Shepherd mix is adorably adorable. He’s the kind of dog that you just want to scoop up and snuggle because that face!! Too cute. Creek seems pretty laid-back when he’s inside his kennel, but he turns on his puppy energy as soon as you put a leash on and go outside. I was worried about getting his wiry white fur all muddy, but it turned out that I ended up being the muddy one. (Creek likes to give lots of doggy hugs.) 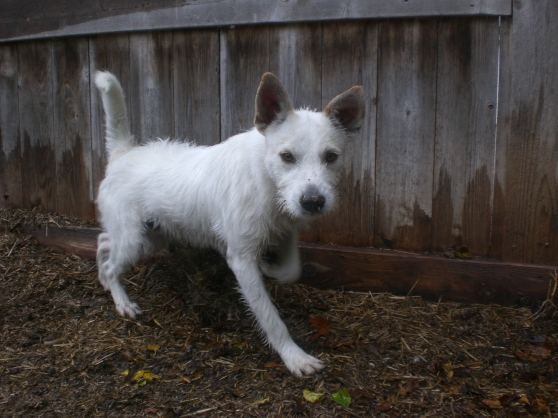 Creek romping in the rain

Creek loves to run and play. He tried to make the leash into a toy once we were inside the off-leash run, but I distracted him first with a tennis ball and then with a stuffed cow toy. Creek seemed to prefer the cow and hasn’t quite mastered “fetch” yet. When he wasn’t romping around, he loved getting his back scratched. Creek was previously sharing his kennel with another dog who has since been adopted, so he could go to a home with or without another dog. If you’re looking for a too-cute puppy, look no further than Creek! 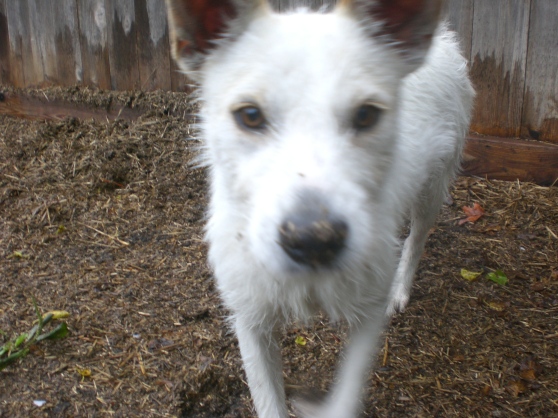 Max the nine-month-old Neapolitan Mastiff mix is a big boy who is only going to get bigger. He still hasn’t grown into his giant paws and has that not-quite-coordinated puppy running style, which always makes me laugh. Max also doesn’t seem to know his own strength–he’s one of the strongest dogs I’ve walked at the shelter. His new family will have to take the time to teach him proper leash-walking manners. 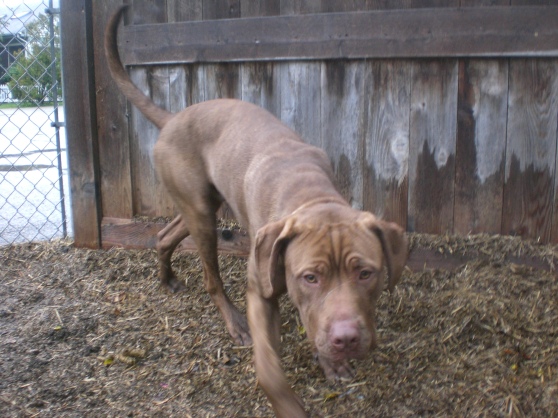 Max and all of his wrinkles

Max has that huge Mastiff face that you instantly fall in love with, with all of those wrinkles that make him look like he’s thinking very seriously. Max is another playful puppy who hasn’t figured out that fetching involves bringing the toy back to the person, but he was definitely interested in chasing after the tennis balls I threw, so that’s a good start! Max was also very intrigued by the cats when we passed by the kitty wing windows–he put his huge front paws up on the fence and watched eagerly. It was adorable. If you’re looking for a big puppy who will grow into a very big dog, Max is the one for you! 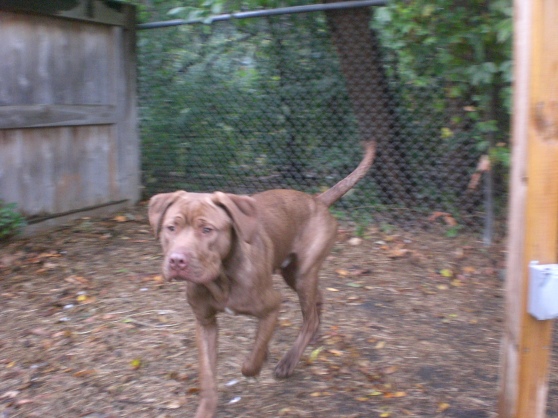 Max being a playful pup

Tango the two-year-old Miniature Pinscher mix has his post right next to the front office (where some of the smaller dogs reside), so you can’t miss him! I’ve always liked the Miniature Pinschers I’ve met at the shelter (including Gypsy, who is still waiting for her new home!), and Tango is no exception. He’s a little cutie with lots and lots (and lots) of energy. 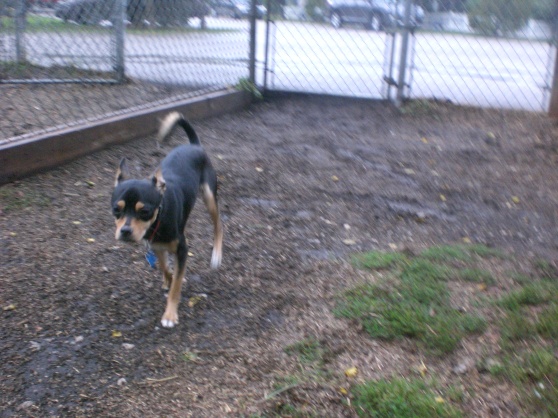 Tango getting his exercise

Tango led the way to the off-leash run, and once he was off the leash, he was running! Most of the pictures on my camera were just black-and-brown blurs (or sometimes just the grass because Tango ran out of the frame completely). Who knew such little legs could move so fast? Tango eventually settled down, though, and enjoyed a nice scratch on the neck. He isn’t too fond of other dogs, so he’ll need to go to a home where he can be the only apple of your eye. 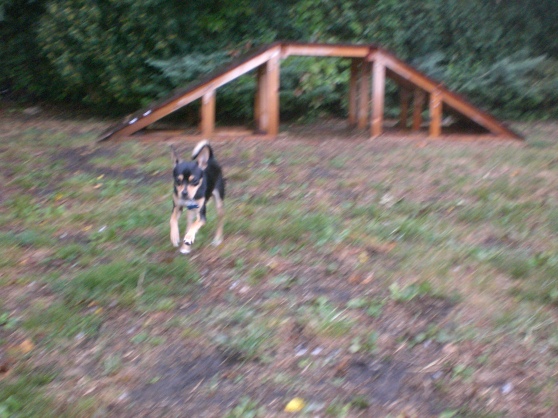 Tango flying through the air!

I also walked the two tiniest, ittiest-bittiest dogs currently at the shelter (and unfortunately didn’t get a picture, shame on me!). But if you’re interested in pocket-sized pooches, come in soon to meet Silver and Snickers, because these two precious pups aren’t going to be at the shelter for long!