Orphans of the Storm® has some pooches with St. Patrick’s Day-related names who have been waiting for their furever families for far too long. Emerald, Shamrock, and Corky (for County Cork!) are three of the shelter’s longest long-timers, and Lucky has been at the shelter much longer than I expected he would be.

Emerald‘s story has been shared many times. She arrived at Orphans of the Storm® in 2006 (that’s eight years ago!) with a litter of puppies. All of her puppies found their new families quickly, but Emerald is still waiting for her turn. This ten-year-old Labrador Retriever/Staffordshire Bull Terrier mix is full of love and affection and plenty of energy to make for a wonderful, playful companion.

Shamrock, as you may recall, was the first dog I ever walked at Orphans of the Storm®. She may not like other dogs very much, but she certainly loves people! Shamrock is an eight-year-old American Staffordshire Terrier who has been waiting patiently (and I do mean patiently–Shamrock never barks or jumps around inside her kennel) for the right person to find her.

Corky is such a well-behaved boy, and yet it seems like he never gets the chance to show off his good manners because visitors continue to pass him by. Corky knows his basic commands like “Sit” and “Shake” and is extremely food-motivated, so he could easily learn much more. This six-year-old Hound mix is also great at giving doggy hugs. 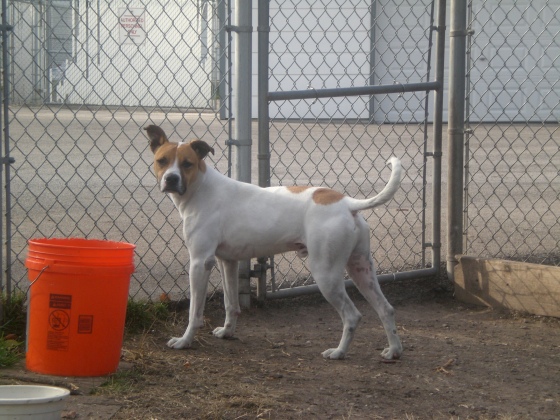 Lucky has been at Orphans of the Storm® for less than a year, but I thought he would have been adopted long before now. Lucky is a nine-year-old Border Collie mix who loves to run and play and give doggy hugs. It certainly doesn’t seem like he’ll be slowing down anytime soon. Lucky originally shared his kennel with another dog who has since been adopted, so we know he gets along with both people and animals. 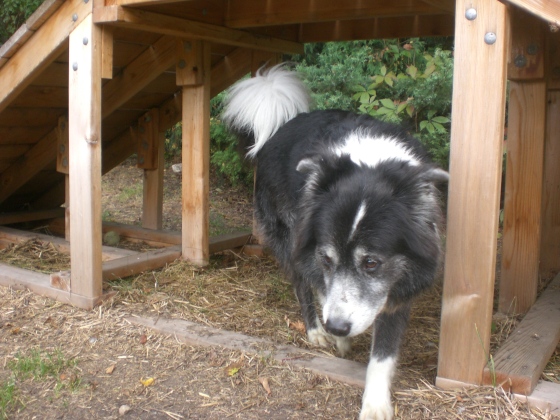 The next time you visit Orphans of the Storm®, ask the staff about the long-timers. They are just as deserving of a good home as everybody else–it’s just taking them a little longer to get there.