There were many happy adoptions over the past week, but there are many more dogs who are eagerly waiting for their new family to find them at Orphans of the Storm®!

Streeter the one-year-old Terrier mix is a happy pup who is always so polite when he greets people at his kennel, and he’s equally polite when he’s out on a leash or romping in the run. Streeter may be young, but he already seems to know his manners and is a pretty good walking buddy. 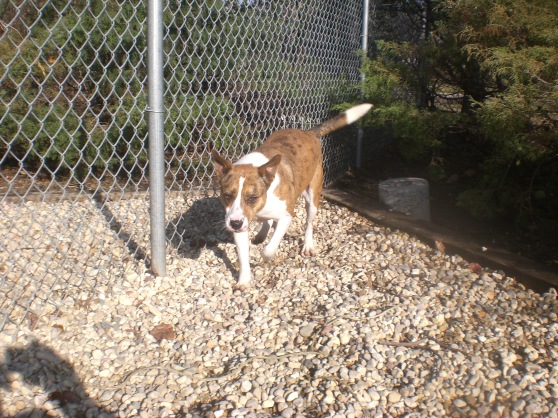 Streeter in the sunshine

Streeter is a fun pup who would enjoy having a backyard to explore and a companion to walk with. He had a fun time making a path for himself underneath the bushes, but would come back to me every few minutes for a reassuring scratch on the back. Streeter’s coloring is very unique, so he’s sure to catch your eye as you make your way through the shelter. If you’re looking for a younger dog who is more than ready to fit right in with his new family, visit the shelter soon and say hello to Streeter!

Streeter is such a cutie!

Bogie the six-month-old black Labrador Retriever mix is definitely still a puppy. He’s all about running and playing, and has plenty of that puppy exuberance. Bogie was eager to race any dog that came into the run next to ours, but was just as content to race against himself when he didn’t have a competitor. Bogie has not quite mastered the concept of “fetch,” but he does enjoying playing with toys, so the “retrieving” part of his DNA should kick in eventually!

Bogie playing with a basketball

Bogie is enthusiastic about everything. He was so enthusiastic about cuddling with me that he knocked my camera right out of my hand (my fault for not having the wrist strap on). Bogie launched himself onto the bench while I was sitting there and tried to climb all over me and wriggle his way into my lap. Since Bogie is still just a pup, he would certainly benefit from the structure and socialization that comes with obedience classes. If you’re looking for a fun-loving puppy, stop by the shelter soon to meet Bogie!

Bogie on the move

Willow the six-year-old Lhasa Apso mix may look familiar to you, because I wrote about him back in October 2013. He was adopted by a single older woman shortly thereafter, who unfortunately can no longer care for him, so Willow is back looking for his third chance at a furever home. Willow is a very mellow dog who is equally happy going for a stroll around the neighborhood and snoozing on a doggy bed. 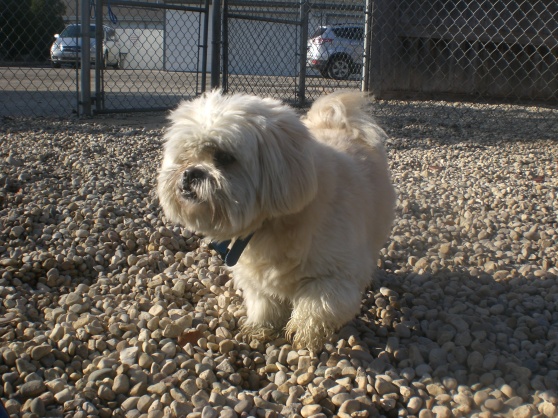 Willow is so precious

Willow has the softest fur ever. I have never pet another dog with fur like his. You’ll just want to snuggle with him all day! Willow also has the most adorable face. He has a little bit of an underbite, so his bottom teeth sometimes stick out. Willow is currently sharing his kennel with Gypsy, so he could go to a home with or without another dog, though he would probably prefer if the other dog was close to his size. If you’re looking for a snuggly new friend, come in soon to meet Willow!

Willow can surely sport a variety of handsome hairdos

I also saw Corky, Diamond, Dezzie, Ranger, Topaz, Tucker, and Zoey (who just loves to play and give doggy hugs).

7 thoughts on “Orphans of the Storm® Dogs in the Run”