Orphans of the Storm® Younger Dogs

You can find dogs of all ages at Orphans of the Storm®, but this week I spent some time with the younger crowd. And what a fun and friendly crowd it is!

Chase the eight-month-old Labrador Retriever mix is a playful pup. He was jumping up and down with excitement when he saw me coming with the leash, but he actually turned out to be a pretty good walking companion who didn’t pull as much as I had anticipated. When we were in the off-leash run, Chase politely sniffed some dogs on the other side of the fence but was a little bark-y with others.

Chase is appropriately named because he loves to chase after tennis balls! He’ll need to be taught the full “fetch” concept that involves bringing the ball back to the person who threw it, but for now he’s happy to chase it once and then run around with the ball in his mouth. Chase is an affectionate boy who will gladly give you plenty of doggy kisses. He also loves to get scratched on his hips and does a cute little dance while you do so. If you’re looking for a fun pup to join your family, come in soon to meet Chase! 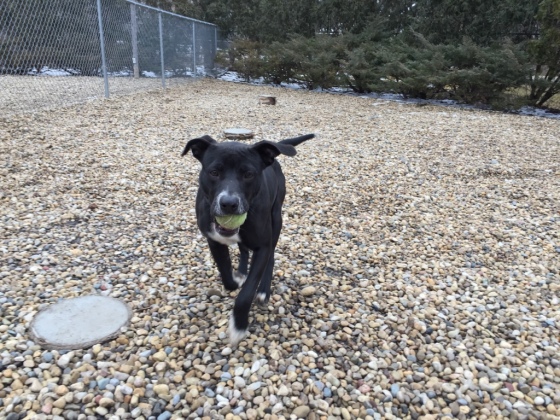 Chase playing with his tennis ball

Dottie the one-year-old Pointer/Heeler mix is shy but sweet. When I went to take her out, she was semi-cowering in the back corner of her kennel. But as soon as I stepped into the kennel and knelt on the ground, she came over to me, gave me a doggy kiss, and let me scratch her chin. She was a little unsure of walking on the leash at first but gained more confidence the longer we were out. 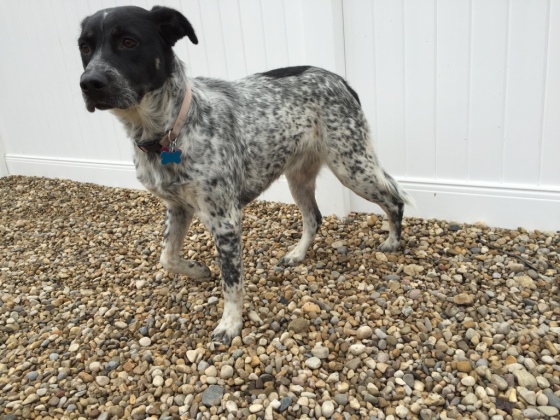 Dottie is such a pretty girl

Dottie may be shy, but her Pointer instincts kick in regardless. When we were walking around the woodland trail, a bird flew across the path in front of us. Dottie immediately perked up, struck a Pointer pose, and then quickly led the way towards the bird (who was gone by then, but that’s not the point!). In the off-leash run, Dottie was happy to join me on the bench for a bit in between exploring the bushes. This sweet girl just needs a stable and loving home in order to come out of her shell. If you think that might be with you, come in soon to say hi to Dottie! 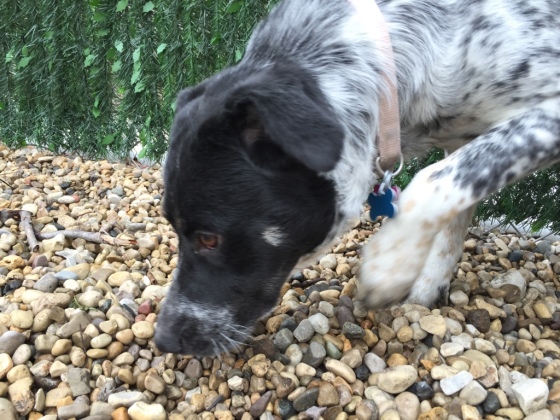 TuTu the two-year-old Australian Shepherd mix is a perfect example of why you can’t judge a dog from inside its kennel. I’ll admit that I was a little nervous to take TuTu out because she’s very bark-y inside her kennel. (I’m guessing this is because TuTu is a smart and athletic dog who gets a little crazy if she’s cooped up all day.) But as soon as I put her leash on, she was amazing.

TuTu is super smart and well-behaved. She either sits or lies down when she’s getting her leash put on; she knows ‘sit’ and ‘paw’ and did them for me even though I didn’t have any treats; she is excellent at walking on the leash; and she likes to give doggy kisses. I don’t know the last time I’ve walked such a well-trained dog (and that’s including my own at home!). TuTu would excel in an active home who will keep her busy with obedience, agility, or other activities that use both her brain and her body. So don’t dismiss TuTu just because she barks at you from her kennel–come to the shelter to meet her and take her out, and you won’t be disappointed!

TuTu making her happy face, complete with tongue sticking out!