Orphans of the Storm® Dogs Looking for a Cuddle Companion

There are lapdogs big and small at Orphans of the Storm® right now! If you’re looking for a particularly snuggly new friend, now is the time to come in and find him or her!

Polar Bear the seven-year-old Staffordshire Bull Terrier mix is a big lovebug who doesn’t realize just how big he is, because he will try to climb into your lap whenever he gets the chance. Polar Bear is super affectionate and covered my face in doggy kisses multiple times. He joined me on the bench and was happy to sit as close to me as possible. When we passed a couple other volunteers, Polar Bear politely sat by their feet and waited for them to give him pets. 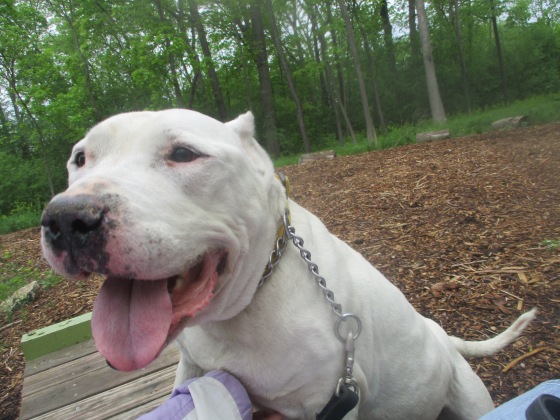 Polar Bear is a very easy walking companion. Since he’s older and larger, he just pleasantly lumbers along at a slow pace and doesn’t pull on the leash at all. We only made it part of the way around the woodland preserve before Polar Bear decided he had walked long enough, so short walks around the neighborhood will probably be enough for him in his new home. Although Polar Bear loves people, he isn’t as much a fan of other dogs and would do best as the only dog in his new home. Come in soon to meet Polar Bear! 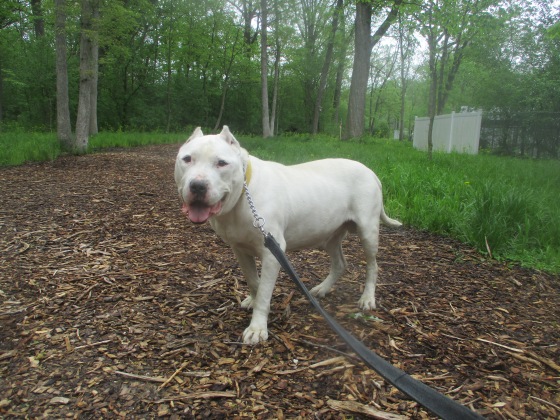 Kacy and Oliver the five-year-old Rat Terrier mixes are a bonded pair looking for their new home together. They can be a little wary of strangers, but once they feel comfortable with you, you will have two new best friends forever! Because of this wariness of strangers, they’re looking to go to a home that doesn’t get many visitors. These little pooches act as good guard dogs and will alert their new owner whenever someone is coming by the house. 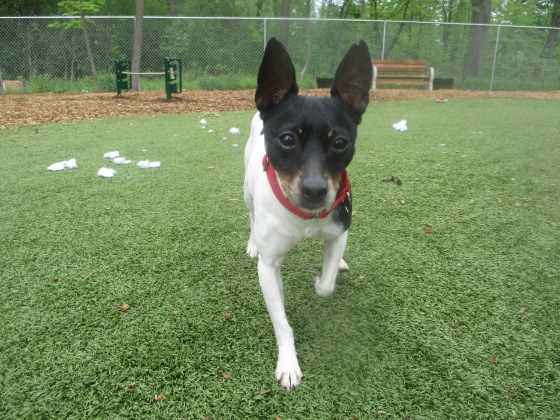 Oliver warmed up to me first. When we got to the Enrichment Park, Oliver hovered around my feet until I knelt down to pet him. He later joined me on the bench and enjoyed getting more attention. Oliver also let me pick him up and carry him around a bit, but he’s an active boy and prefers doing his own walking. He did some zooming around the park! Oliver also prefers to lead the way on walks and moves at a quick pace. 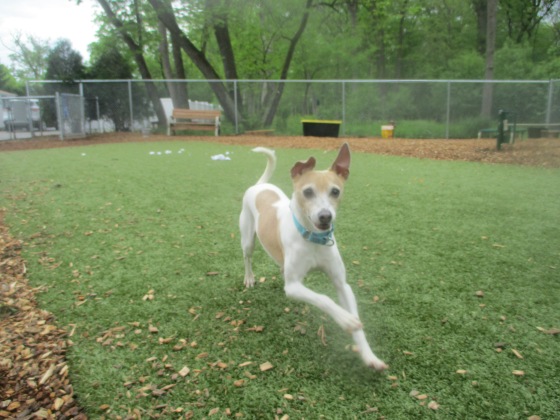 Kacy was also pretty eager to get pet and put her front paws in my lap when I got down to her level. Kacy enjoys taking her time exploring, and mostly watched as Oliver romped around. She was also fine with me picking her up and holding her, and sat in my lap for a bit. Kacy is a good walking companion and likes to stop and sniff often. She doesn’t pull on the leash at all. 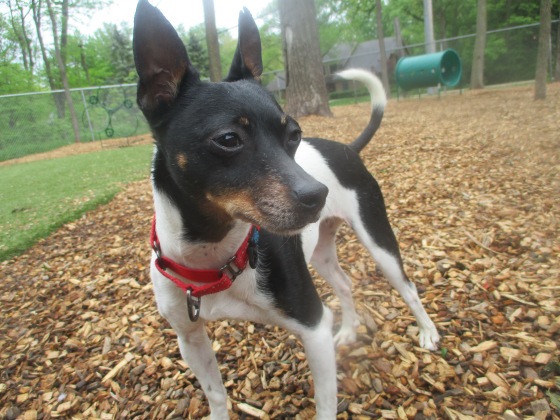 Kacy and Oliver are smart dogs and quick learners. They participated in the Top Dog Competition back in October and mastered the agility course. They are very treat-motivated! Kacy and Oliver have shared their kennel with a variety of small dogs and also participate in small dog play groups, so they get along with other dogs around their size. If you’re looking for two loyal dogs to bring happiness to your home, be sure to say hello to Kacy and Oliver! 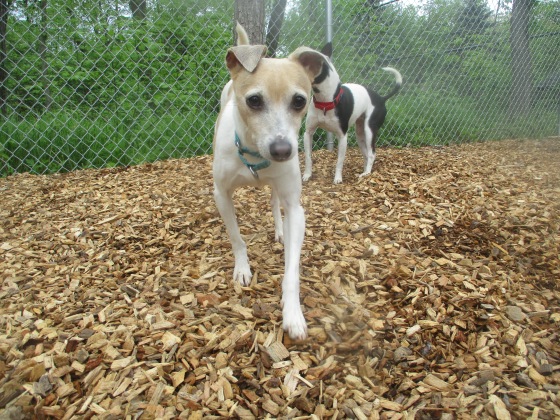 Kona the seven-year-old Chihuahua mix has a big personality in a teeny body. He has a couple favorite volunteers and when he sees them coming, his entire body wriggles in excitement and he starts squealing! It is super cute. Kona can take a little time to warm up to strangers, but once he knows you then he will ask to be picked up and held, and will give you lots and lots of doggy kisses. 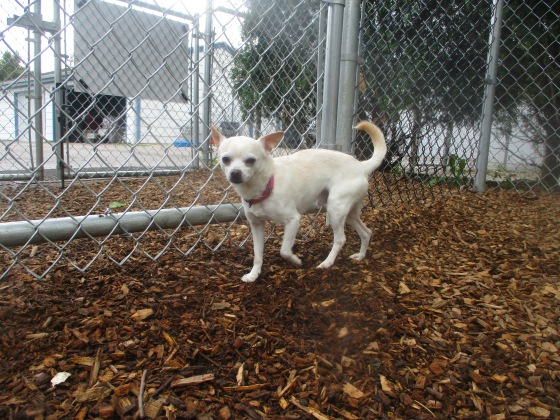 Kona is a cutie

Kona gets along with dogs both large and small. He is currently sharing a kennel with Kacy and Oliver (see above) and has participated in both small dog play groups and medium/large dog play groups. You can see a video of Kona holding his own with the big dogs here. In terms of people, Kona prefers the company of adults rather than children (10 years or younger) and might do best in an adult home. Be sure to say hello to Kona on your next visit to the shelter! 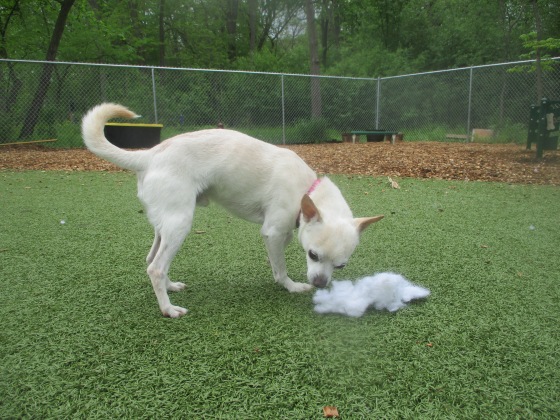 I also walked Thunder for the first time in a long time! He had back surgery in December, but is now recovered and ready to find his forever home! You can see updates (with lots of cute photos and videos) of his recovery process here. Thunder was fostered by a couple different volunteers while he was recovering and was a sweet, snuggly, well-behaved house guest. Thunder is housebroken and crate trained, and loves to be with his person. He’s looking for a home where he can be the only pet.